When my son was in middle school, I had to drop something off in the office for him and a school administrator asked if I was his nanny. Granted, at first glance we look nothing alike—him with bright red hair, blue eyes, and very pale skin and me with dark hair and eyes, and olive skin (Yes, I am his biological mother). I laughed about it, but it still made me think how quickly the woman stereotyped me as the Mexican nanny from one brief meeting.

Growing up in California, the state with the largest number of Hispanics in the United States, I never really gave my Hispanic appearance much thought as I went through school, worked, and started a family, and then a business.

A lot of people here look like me. In fact, Los Angeles County, where I have always lived, has the largest population of Hispanics of any county in the U.S.

One of the advantages of growing up as a middle-class Hispanic in an ethnically-diverse state and county is you just blend in. My best friends were white, Asian, and Hispanic. My husband is white (although my son’s red hair is a trait inherited from my mother’s family).

In this divisive, racially sensitive time, I know I have been luckier than most. But I also know about the discrimination both my parents experienced when they were growing up in the same small Arizona town. They made it their mission to do everything they could so their six children would not face the challenges they encountered—even going as far as to never teach us to speak Spanish.

Today, of course, we all wish we had learned Spanish along with English as we were growing up, instead of having to take language classes in school, but I can’t fault my parents for trying to protect us. Despite not learning the language, we are very aware of our heritage and knew what an amazing feat it was when my oldest brother became a plant engineer for a major car corporation.

Running A Business As A Minority

As a small business owner, I’m a part of the fastest-growing group of entrepreneurs in the U.S. According to a recent study from Stanford University, over the past 10 years, the number of Latino business owners grew 34%, compared to 1% for all U.S. business owners. In addition, in numbers larger than ever before, Hispanics are applying for small business loans to start or grow their businesses.

However, although Hispanic-owned businesses contribute about $500 billion to the economy in annual sales and employ more than 3 million people, Hispanic-owned companies continue to earn less than white-owned firms, averaging $1.2 million in revenue compared with $2.3 million earned by white-owned companies. Possibly this is because most are still considered startups, but, if we look at the history of minority-owned businesses (Black- and women-owned businesses also earn less), this is not surprising. On the bright side, however, the Stanford report shows that just in the last year Latino-owned businesses reported an average revenue growth of 14%, outpacing the growth of the U.S. economy.

My partner and I have been running our own business for over 12 years and have seen the changes in attitudes towards both women- and minority-owned businesses, in mostly positive ways. We’re still fighting the battle for equal access to capital and know the importance of networking to support other small business owners.

As a women-owned business, we made sure to get certified. If you’re a Hispanic entrepreneur, look into getting certified as a minority-owned business.

My business partner and I are both second-generation Americans. Although we are different ethnically, we recognize the shared traits and characteristics of our diverse cultures. We know it’s important to embrace both our similarities and our differences.

I don’t mean to dismiss others who still face the discrimination my parents did. I know the struggle is real. And, as illustrated by the lower revenues earned by minority-owned businesses I mentioned above, we have a ways yet to go. But, my business partner has always said entrepreneurship can be the great equalizer. Offer a product or service that consumers want, at a price they’re willing to pay, and most people will be happy to do business with you.

That is the transformative power of entrepreneurship. 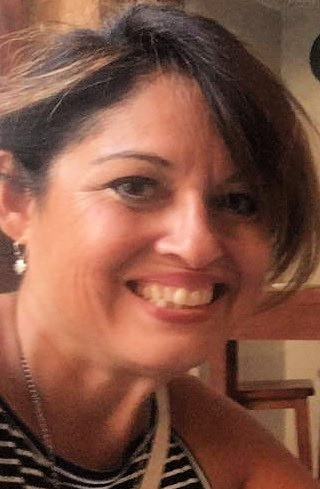 Helping Minorities Succeed Against All Odds via Capital, Connections and Mentoring

Although Hispanic and other minority entrepreneurs are becoming an economic force, they are underrepresented in business. Eliminating obstacles that hinder the progress, growth,... Read more